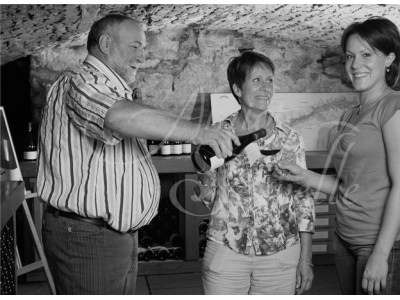 The domain had never used herbicides and since the vineyards had already been long farmed close to organically, he became 100% organic in 2003 and has been certified organic since 2008. They are the only organic domaine in Chambolle-Musigny. They own a range of exemplary Chambolle 1er Crus including Les Fuées, Les Charmes & the legendary Les Amoureuses.Christian’s children, Prune & Antoine are now running the domaine day to day, though their father still works with them. The current generation has made subtle changes such as increasing the percentage of whole bunches used in vinification, as well as changing to a more gently extracted, finer style. The wines combine lovely density of old vine Chambolle fruit with the tension and floral character that comes from whole bunch vinification.